“This is a true David vs. Goliath story,” says Jason Zuckerman, a lawyer for whistleblowers in Washington D.C. “Progenics was well-represented and appeared to spare no expense on its defense. Yet a pro se plaintiff prevailed at trial.”

Posted by Michael Neff at 11:47 AM No comments:

Retaliation Against Whistleblowers Tolerated at the United Nations

GAP’s blog “Tribunal Ruling Shows That UN Whistleblowers Cannot Be Protected” reviews the logic applied by the United Nations Appeals Tribunal (UNAT) when itrejected an application for relief from retaliation submitted by two UN whistleblowers. The applicants to the Tribunal were Ai Loan Nguyen-Kropp and Florin Postica, two investigators in the Office of Internal Oversight Services (OIOS) at the UN Secretariat, who disclosed that their supervisor, Michael Dudley, then Acting Director, had tampered with evidence in an investigation. Subsequently, both were subjected to an investigation, which was ultimately closed without charging them, and which a subsequent supervisor conceded was unwarranted and a wasteful use of resources.
[ continued ]
Posted by Michael Neff at 8:31 AM No comments:

The pervasive influence of corporate cash in the democratic process, and the extraordinary lengths to which politicians, lobbyists and even judges go to solicit money, are laid bare in sealed court documents leaked to the Guardian.
The John Doe files amount to 1,500 pages of largely unseen material gathered in evidence by prosecutors investigating alleged irregularities in political fundraising. Last year the Wisconsin supreme court ordered that all the documents should be destroyed, though a set survived that has now been obtained by the news organisation.
The files open a window on a world that is very rarely glimpsed by the public, in which millions of dollars are secretly donated by major corporations and super-wealthy individuals to third-party groups in an attempt to sway elections.
[ more ]
Posted by Michael Neff at 10:39 AM No comments:

Will The Pentagon Support Whistleblowers or No?

After both chambers of Congress passed their versions of the National Defense Authorization Act (NDAA) for FY 2017, twenty-eight public interest organizations and advocacy groups sent a letter to leadership of the Senate and House Armed Services Committees and encouraged them to maintain the integrity of the military whistleblower provisions in the bill through conference.
The letter cautions, “While military whistleblowers play an important role in safeguarding our nation from fraud, waste and abuse, speaking out against wrongdoing is particularly challenging for servicemembers.” A 2015 report by the Government Accountability Office found that the military is plagued by widespread whistleblower retaliation, and according to a 2014 government survey, a quarter of Department of Defense Inspector General employees fear reprisal if they disclose a suspected violation of law.
[ MORE ]
Posted by Michael Neff at 9:40 AM No comments:

Last week, Ralph Nader hosted hundreds of civic activists for his Breaking Through Powerconference. These activists celebrated the 50th anniversary of the consumer advocate’s book,Unsafe at Any Speed, by listening to panelists describe how they improve civic mobilization and democratic integrity.
The Governmental Accountability Project (GAP) emphasizes whistleblowing as a way to spur action and break through power. Fifty years ago, Ralph Nader coined the term “whistleblower” when he called for civic-minded engineers and technicians to report corruption. And they responded! With the help of those early corporate whistleblowers, consumer-friendly legislation such as the Freedom of Information Act and the Occupational Safety and Health Act were created and corruption was exposed. Public life improved. If private sector whistleblowers could make so much change, could the same be done in the public sector?
On May 25th, three panelists revealed that it could. Thomas Drake, Jesselyn Radack, and John Kiriakou shared their stories and discussed the difficulties they faced as whistleblowers.
They briefly outlined their stories throughout the panel: Drake blew the whistle on the National Security Agency’s ineffective Trailblazerprogram that wasted millions of American taxpayers’ dollars; Radack exposed a Federal Bureau of Investigation’s unethical interrogation of “American Taliban” John Walker Lindh; Kiriakou shed light on the Central Intelligence Agency’s torture program. All three served their country, all three exposed corruption, and all three suffered reprisal. Their reprisal came at the cost of baseless FBI raids, criminal investigations, an Espionage Act prosecution, and even actual prison time.
The cost of whistleblowing can be high, especially for the unconnected. Breaking through power without power is difficult. While these whistleblowers were punished, they noted “hypocrisy” in the handling of high-ranking officials’ information disclosures, and Drake claimed that “[those with power] get another set of rules.” Kiriakou concurred, citing an instance where Director Petraeus “got a pass” forallegedly revealing sensitive information to the New York Times.
[ CONTINUED ]
Posted by Michael Neff at 5:36 PM No comments:

All The Dark We Will Not See - Excerpt 1

SAY TO YOURSELF, I AM GOD.
That’s right. Imagine it.
Now, do some tricks, try out Your powers.
Hide in a far Nothing at the edge of light. Drift near Far Tortuga in a leaky turtle boat. Melt an icecap, craft a crop circle, have sex with a virus.
Now, go to the city of Washington and read a few minds. Pick up a copy of the Washington Post. Hang out with a drug or weapons lobbyist at a local bar. Try to reconcile the biases, irrationalities, and politics You encounter into something that makes sense for the good of all.
In other words, try to un-Babel this city...
You cannot.
It is impossible, even for You. Being all-powerful, You have “created” a place even You will never sort out.
Short of an alien invasion or flaming snakes from the sky (at least twice a week), two worlds will always prevail in Washington and trump all Godlike efforts: the World of Idols and the World of Ideals.
Posted by Michael Neff at 2:50 PM No comments:

Email ThisBlogThis!Share to TwitterShare to FacebookShare to Pinterest
Labels: Excerpt From The Novel

From the NYT - Ongoing Persecution of Whistleblowers

SHOULD it be a crime to report a crime? Many top officials in Washington seem to think so, at least in the case of Edward Snowden.
June 6 will be the third anniversary ofThe Guardian’s publication of top-secret documents provided by Mr. Snowden that showed that the National Security Agency was collecting the telephone records of tens of millions of Americans.
Outraged by this assault on the Fourth Amendment’s prohibition of unreasonable search and seizure, Tea Party Republicans and progressive Democrats joined to block reauthorization of the USA Patriot Act’s surveillance provisions last year. Only after the N.S.A. was required to obtain warrants to examine such records was reauthorization approved.
But Mr. Snowden, the whistle-blower who set this reform in motion with his disclosures, is persona non grata in the nation’s capital. Democrats and Republicans alike have denounced him as a traitor.
President Obama and former Secretary of State Hillary Clinton have also been unyielding. Mr. Snowden, now in Russia, deliberately broke the law and should not “be brought home without facing the music,” Mrs. Clinton said in a Democratic presidential debate.
“He could have gotten all of the protections of being a whistle-blower,” she said. “He could have raised all the issues that he has raised. And I think there would have been a positive response to that.”
Thomas Drake would disagree. So would John Crane.
Their intertwined stories, revealed this week, make clear that Secretary Clinton’s and President Obama’s faith in whistle-blower protections is unfounded, and cast Mr. Snowden’s actions in a different light.
Mr. Snowden has expressed his debt to Mr. Drake. “If there hadn’t been a Thomas Drake,” he told Al Jazeera, “there couldn’t have been an Edward Snowden.”
Mr. Drake was a senior N.S.A. official who had also complained, 12 years earlier, about warrantless surveillance. As a career military man, he followed the course later advocated by President Obama and Secretary Clinton. Joining others with similar concerns, he went up the chain of command, finally ending up at the Defense Department’s Office of Inspector General.
Things did not go well.
[ MORE ]
Posted by Michael Neff at 6:02 AM No comments: 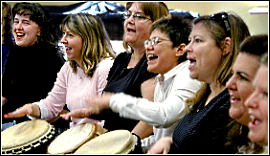 Michael Neff
For two decades, I have served the commercial and literary novel writing world by helping serious writers become published authors. It's never easy, and never will be.